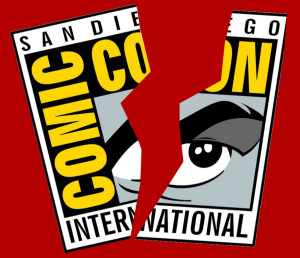 It’s Not You, It’s Me –The Comic-Con Break Up

By RM Peavy
Dear San Diego Comic Con,
We had a lovely, and passionate run.  You opened me up to new and awesome things, and as my “Nerd Mecca” I am glad I got to experience you for years.  But, I don’t know, I’m different.  You are different.  You have gotten too big for your britches.  I’m working too hard and not getting any satisfaction from you.  You are a selfish lover.  And if I stay, I may Force Choke you like Anakin does Padme in Revenge of the Sith.
I’m skipping you this year as an attendee.   It seems to be the consensus that most “regular” attendees are only going if there is work in you- as media or professionals, and this year that’s me.
But as an attendee, the magic is gone, darling.  You can’t just call your patronus anymore and think everything is ok.  You are just too big for your britches, and I am quitting this relationship.   I am happy for you, I truly am.  It’s great that you are so popular and everyone comes to see you.  And for the overall cause of Geekdom we are going to inherit the earth.  But I can’t do it with you anymore.

8 Reasons Why I am Breaking Up With You As An Attendee:

1. Hall H Line:  The lines are crazy, and it has become the norm to camp out overnight outside the convention center in order to get a seat in a hall.  The day gets wasted.  We camped out for Hall H 2 years ago at 5am out in the cold.  I didn’t sign up for the Night’s Watch.  Do I look like Jon Snow to you? It was nice conversing with folks but I missed about 4 other panels throughout the day and when we got to the front of the line, at about 3pm (right before our 4pm panel) we were turned away.  We didn’t even get to go in.
2.  No Room to move on the show floor.
I can’t even move, much less see anything in a booth.  This never used to bother me, but it seems to be getting worse.  I’m not very tall, and smelling Nerd-Pit isn’t really my idea of fun anymore.  I do have a zombie survival plan, but I’m no Daryl Dixon.
3.  I’m over Wetzel Pretzel Dogs and prepackaged salads.
I brought lunch a few years, and this is trivial, but I want to tell you everything.  Lembas Bread isn’t enough.  I need sustenance where I don’t have to go on Bilbo’s Quest to the Gaslamp Quarter to get.  The nachos will always be good.  Steamy, lovely, cheesy, nachos.
4.  Purchasing badges:  Every year, it feels like the Hunger Games and the odds never seem to be in my favor.  We have been together for at least ten years now, and every year it gets worse and worse.  There are virtual waiting rooms, crashing sites, lottery systems, a line to get in a line, and half of you was wasted so I could maybe get a ticket for the next year to see you.  No thank you.  You should be making it easier for me.  Have you ever thought about ME?  There is no more advance purchase for next year for those already attending.  I used to be able to walk up on Friday and purchase next year’s ticket, and now I don’t even know what building it is to register.  It’s like I don’t even know you.
5.  Getting a hotel room.
Is almost as annoying as purchasing a badge, and it’s an upwards of 200 dollars a night.  If you don’t get in that lottery system or registration time, then you have to get a hotel room in Solana Beach, which is dumb because I live in San Diego.   Also, you stagger everything, so starting in January (6 months before) I am constantly in anxiety trying to figure out if I am going to a convention in my own city.  I suppose I can just travel and go home, but the parking is atrocious.
6.  Panels seem to be getting shorter and shorter.
The panels we wait for hours on end to attend last about 30 minutes, and that’s just not long enough for an 8-hour wait.
7.  There are other places I can go to see a majority of the stuff throuought the year.
Yep, I have found other conventions, and events where I can get the same satisfaction.   I don’t have to stand in long lines, and I can still enjoy everything nicely.  I would rather drive to LA for an hour long book signing, or go to Paley Fest or WonderCon or Stan Lee’s Comikaze and just enjoy myself without the crowds.   Also, outside of the Convention Center there are things like Nerd HQ and WootStock and Geek & Sundry and Nerdist Industries.  Yeah, I’ve been cheating on you already.  It’s been wonderful.
8.  You’re Too Spendy.
An average attendee spends about 2000.00 for their stay at Comic Con.  Could be more or less if they share a room, a ride and depends on what they buy.  There are other fans that can tell you how cheap they do it, but I don’t care about them right now.  I am trying to make a point so stop interrupting me.
I can go to Paley Fest, see a two hour Lost Reunion Panel, and hotel room for about 300 dollars total.  I know, it’s not the same thing, but the sooner I leave you, the sooner I will have more money.
It’s over.  It was over 2 years ago, when I had to watch Chris Hardwick on a big screen in some random hall introduce Pacific Rim, and not in real life.  It was over when I missed Damon Lindelof mediate the Phineas and Ferb Panel because I was sitting in line for 8 hours.
I loved seeing old friends, and being with fellow geeks and nerds as we made our way through the halls and witness reveals, previews, new art etc.  You are a hodge-podge of everything I can think of.  I just loved being with my kind of people, and everyone is so passionate and fun.  To see celebrities and people I admire geek out about the same things is one of my favorite things when I attended you.
It’s actually freeing to not worry about you, and to not have the angst of wondering if I am going to see you.  I know I am not, and that’s ok with me.
But, we are done.  In the words of the Gatsby of Nerds, Zachary Levi, in First Date Broadway:  Goodbye, hit the road, find some other chump that you can fleece…
Yours Truly,
Peaves
Share and add us on
FB – https://www.facebook.com/EpicGeekdom
Google+ = https://plus.google.com/communities/102191452944358349371
Twitter – @EpicGeekdom 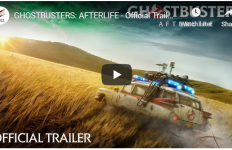 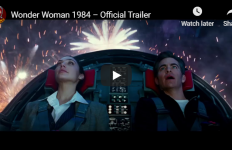 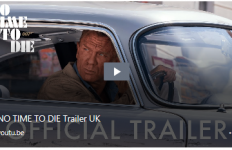 No Time To Die – Trailer→